Free Worldwide Shipping on All Orders!

Imagine a situation where you are on an urgent call or scrolling through your iPhone, then the screen turns off, or it just slips and falls on the floor. You try to check it, but it dawns on you that your iPhone screen is not working. Then you start to wonder if your iPhone screen not responding to touch ultimately.

Worry less because here, we have a solution for that. But first, you need to identify what causes an unresponsive touch screen. However, not all screens will be fixed manually, meaning you will need technical assistance to solve the problem. So, is your iPhone screen unresponsive? Let’s see how to fix using these tips.

Clean Your iPhone Screen That Not Responding To Touch? 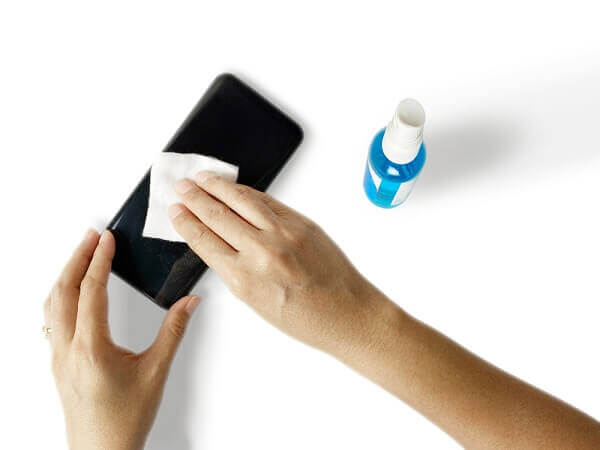 This marks the first step to identifying the cause of an unresponsive touch screen. To perform this, start by cleaning your iPhone screen. You might need to remove any third-party screen protector too.

Giving the screen a direct bright light, tilt a bit to reveal anything that may be interfering with the screen functioning including; oil, residues, moistures, or dried crust. Remember, direct exposure to sunlight could also make the iPhone screen unresponsive.

It would help if you avoided it when checking for the problem. You can use a clean piece of towel or tissue to remove any particle from the screen. The fabric should be slightly damp.

Clean your hands, a stylus, or other input appendages (such as a screen protector), and make sure they are clean and dry.  Use bear fingers when operating your iPhone. Don’t wear gloves since most gloves are not designed to work with a touch screen.

If your iPhone touch screen won’t work after cleaning, move to the next step. 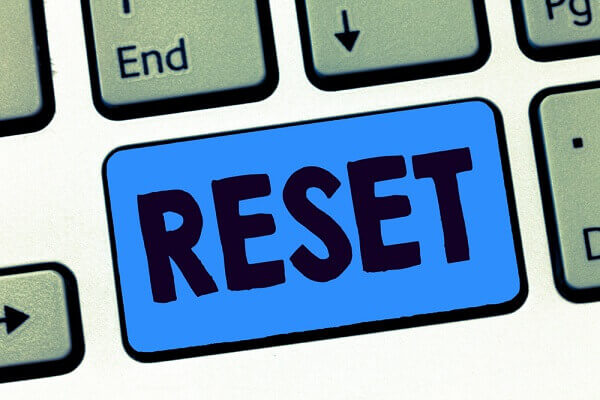 Hard resetting your iPhone is easier compared to simple restarting, even though it depends on which model you are using. Since the iPhone touch screen not working and you may not have access to setting options to restart, force rebooting remains the only option. Here is how to reset different models of iPhones; 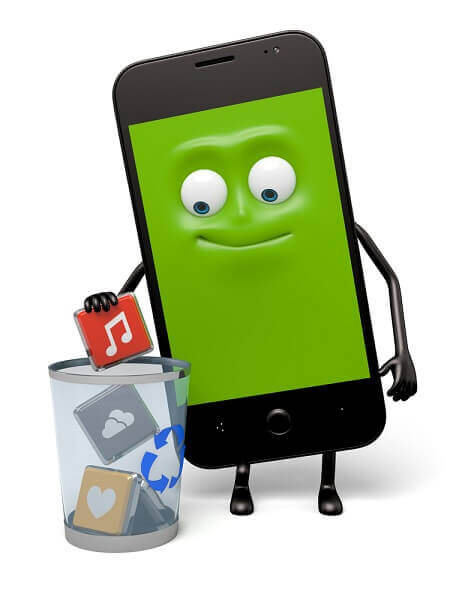 In case only the app is not responding to touch on the screen, absolutely that app is the problem and not the screen. This means that the app is frozen, and it will not respond to touch, but pressing the home key will exit the app from the screen.

In this case, all you need to do is to update the app. Go to the app store, check if the updates are available, update and reinstall it. You can use the procedure below to uninstall and install back the app;

In case your touch screen does not resume normal working after reinstalling the app, consider deleting the app. You may want to delete the app and relaunch it to see if it works, and the touch screen responds.

If the problem persists, it means the affected app is likely the problem and needs to be permanently deleted and checked if the touch screen works properly.

Does your iPhone have extra Storage, or it has zero Storage available? When the iOS storage is full, things might go nonfunctional, making an iPhone screen unresponsive.

This issue is commonly experienced in modern versions of iOS, where many apps become unresponsive, same to the touch screen whenever an iPhone is full of zero bites remaining.

In other cases, you may notice both the home button and the iPhone touch screen won’t work at all. You will be required to free some space. Filling up your iPhone leads to the app that depends on a lot of caching, such as Instagram and Twitter, to stop responding to touch.

To solve this, go to general settings and manage your storage. Delete some stuff to have at least a few hundred MB, or GB to bring back your phone to normal, if not a few. 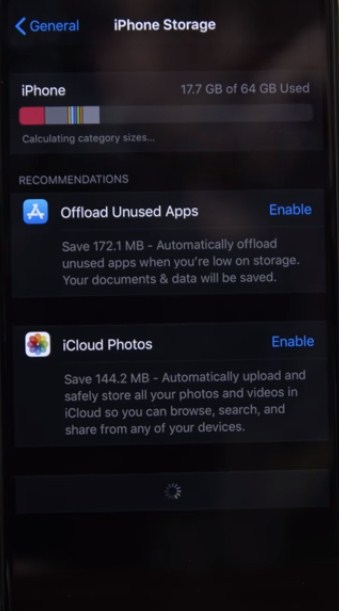 Damaged Screen Cause iPhone screen not responding to touch 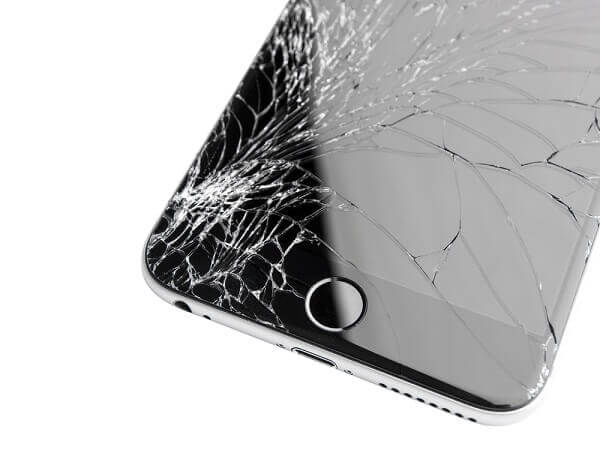 In case the iPhone developed a crack, there are higher chances of failing to respond to touch. Similarly, if your iPhone dropped, there are high chances that the internal components became loose, causing the touch screen unresponsive.

Remember, iPhone has three parts; the outer part that you touch, there is another LCD screen underneath that creates the images you see; again, there is something called a digitizer the senses your touch.

The two underneath parts are connected to the phone’s logic board. If the phone happens to fall on a hard surface, the cords connecting the two parts to the board are likely to become loose, making the iPhone screen unresponsive.

If you feel that your iPhone stopped working after dropping, you may need to order a kit and try swapping out the part yourself. However, I recommend not trying to do it yourself since you may replace any part of your Phone with any part that is not from the Apple store.

This would call for a brand new iPhone from the counter with a full retail price. I suggest you book an appointment and visit the Apple store to fix the broken screen. After replacing the broken pieces of the iPhone, yet the screen does not work as new, I guess the software is probably to blame.

In rare cases, updating the entire phone should be the last option in fixing an unresponsive iPhone touch screen. Leave alone, updating a single app.

You have tried updating the problematic app, but you realize that your iPhone screen not responding to touch. Why don’t you try refreshing the phone? Recently, a documented case of the Apple IOS11.3 update was fixed by a subsequent Apple update.

In case the IOS update is on your iPhone: 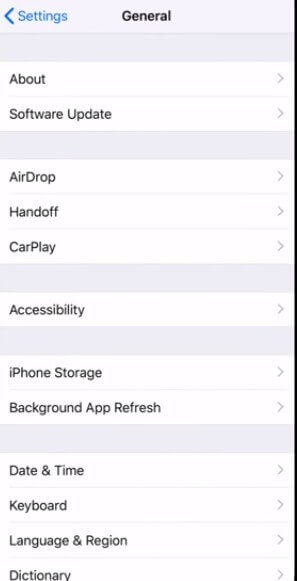 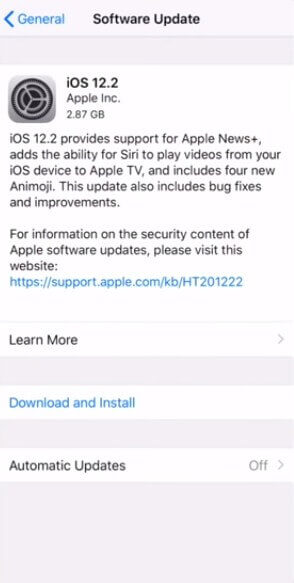 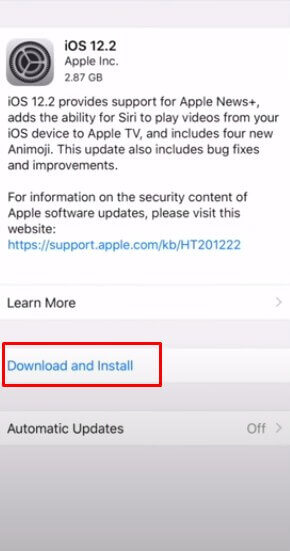 After performing all the steps above and your iPhone Touch is still not working means you need to take further action. This involves backing up iPhone data via iCloud and restoring it via iTunes.

In case the iPhone got stuck on an Apple logo, you can restore it with DFU (Default Firmware Update) remedy since the situation is not related to the touch screen. DFU is the most thorough method to reset your phone than the traditional restore method.

To accomplish this, you need the latest versions of iTunes and a cable to plug into the computer. The last thing you can do when all the above methods fail is to contact Apple support, go to the Apple store, or visit an Apple authorized repair center.

They can help you fix the technical errors that maybe you overlooked.

What is Touch Disease On iPhone?

Touch disease is where the affected iPhone displays a small flickering grey bar at the top of the screen. The popular repair site iFixit identified the disease two years ago after the launching of the iPhone 6 and iPhone 6 Plus.

It is known to cause touch issues making the iPhone screen not responding to touch. Some technicians suggest that the disease can be intermitted and appear when you first wake your device, but then it goes away after some time.

Experts at iFixit concluded that touch disease is caused when the Touch IC on the phone’s logic board partially breaks away and makes intermitted connections.

In later models such as iPhone 6s and iPhone 6s Plus, the Touch IC chips are moved to the display assembly; that is why they are not affected; while in previous models like iPhone 5, the chips are protected by metal shields preventing them from breaking away.

The chip can break away from the board when the phone falls or twists slightly while in the pocket. Other experts suggest that applying pressure on the screen or twisting it slightly can force the Touch IC to re-establish full contact with the board, although it is not a permanent solution.

How To Fix iPhone Touch Disease

All you have to note is that Touch Disease is not an issue with the screen or the layer beneath the screen that registers touch; thus, replacing the screen is not the solution.

If you are affected with the disease, and your device is still within its guarantee period, take it back to the Apple store where they will undoubtedly swap the logic board for replacement, or swap the entire phone.

Recently Apple has addressed the issue in a statement and announced a repair program, although the company still believes that the problem is caused by the device falling multiple times.

Furthermore, you can take your device to a third-party repair, which will likely re-solder the chip permanently to the logic board. Or still, they can apply a metal shied over the chip to prevent it from breaking away.

How Can You Avoid Touch Disease?

Experts will relate the twisting and falling of iPhones as the only causes of Touch Disease. The only way to prevent your iPhone 6 and 6 plus from getting the ‘disease’ is by avoiding twisting it.

Limit it from falling on hard surfaces. Putting a coin between the back of the iPhone, beneath the camera lens, and its case is one trick that will ensure the chip stays connected to the board. However, the case must be a rigid and hard variety one.

Are the tips helpful? I find many people frustrated with their iPhone screen not responding to touch, not knowing how simple is it to fix if they give it a try. I tried on mine and realized I could fix it myself without worrying about extra costs on repair.

Following the simple steps above could serve as a big deal in case your iPhone touch screen becomes unresponsive. Additionally, in cases where you cannot fix the problem, you can visit the third-party repair to check on the iPhone. However, there have been cases of people complaining about how their iPhones failed to work entirely after repair. The only reliable option is to visit the issue with quality Apple parts.