Since the early 2000s, when the first Personal Digital Assistants came onto the market, consumers have searched for the best way to protect the screens on their new devices. The screen protector market is in no way a recent invention; however, as early as the 1960s, screen protectors were sold for TVs. As you might imagine, with so many more screens to protect, there is a much broader array of screen protectors on the market today. The question is which one should you choose? The answer: a 9H hardness glass screen protector. First things, first.

What Is 9H Hardness Screen?

The term ‘9H’ refers to the Mohs scale of mineral hardness. To be more specific, 9H refers to the observable hardness of minerals developed by a man named Friedrich Mohs in 1812 and ranges from 1 to 10. Typical glass hardness being at about a five with diamonds being a ten.

This observational scale has been in use for quite some time and is widely accepted as an accurate test for surface hardness. With ten being the highest on the scale, 9H glass hardness implies that these screen protectors are just one step away from diamonds.

The H in 9H refers to the hardness of a pencil. To find a tempered glass hardness rating, we use the pencil test. The pencil test shows just how hard a glass screen is when subjected to the graphite of standard hardnesses. When a manufacturer slaps that 9H label of their product, it means the screen can resist scratches from a pencil with the hardest graphite.

We test glass hardness based on the scratch the hardest pencil has on the screen to display the difference in surface hardness of the two materials. The softest graphite used in pencils is rated as 9B, while the hardest is rated a 9H.

To test different displays, pencils that have a hardness rating from 6B to 9H get scraped across the screen at a sharp angle.

All that to say that 9H hardness, by the current market standards, is the strongest screen glass on the market.

Why You Should Get a 9H Glass Screen Protector 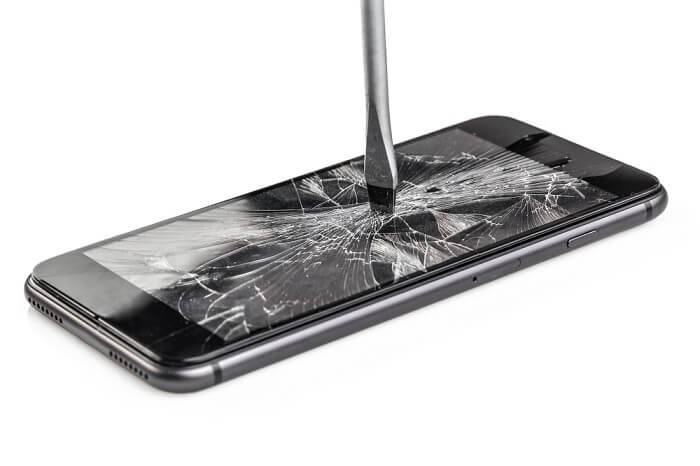 The type of glass most commonly used in phone screens today is Corning Gorilla Glass; this is incredibly tough stuff. Gorilla Glass screens are given a 9H rating all by themselves, so why should you spend the extra money on a glass screen protector?

Simple answer? Scratches. Corning uses an aluminum-silicate composition in their Gorilla Glass, which has a fantastic glass hardness rating all on its own, but according to Corning’s own data, the glass is not really what makes the screen scratch-resistant.

They put a special coating on the top of the glass to give it such high resistance to scratching. This coating wears out over time.

A 9H glass screen protector is recommended to keep your phone screen from scratching. The Mohs scratch test is all about observing the effect two minerals have when scraping one across another.

From top-of-the-line to the average 9H glass screen protectors, you can’t go wrong by adding one to your screen. Sand is one of the most common causes of scratches on your phone, these and other mineral particulates are generally too small to notice and annoyingly difficult to get out.

Having a screen protector and wallet cover on your device will defend against these types of scratches that occur while your iPhone or Samsung is in your pocket.

Will a Screen Protector Prevent Cracks? 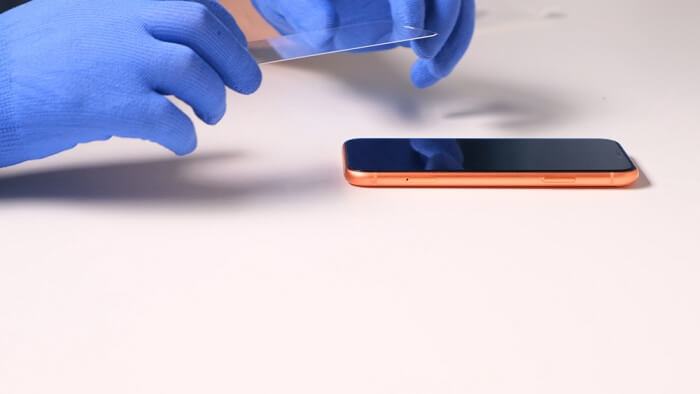 If you’ve ever fumbled with getting your phone out of your pocket and dropped it on the pavement only to pick it up and see spiderwebs creeping across the screen, then you know how devastating screen breaks, cracks, and scratches can be.

This kind of damage often renders a phone inoperable and can even cause cuts on your fingers.

While 9H screen protectors will defend against most damage from minor falls and even targeted impacts such as falling on a rock or hard corner, it is worth a reminder that this is not a space-age forcefield for your device.

If you’re on the fifth floor of a building, or higher, and drop the device out a window somehow, the device itself will suffer some impact damage and may have functionality problems as a result.

For this, I recommend you purchase an iPhone case or Samsung cover with a hard frame and cushioning. But that’s a topic for another article.

The term 9H refers to the hardness rating of glass screens subjected to what’s known as the pencil test. 9H is the hardest pencil on the market and contains a graphite core rated as one step away from diamonds on the Mohs hardness scale.