After having ceded its second place in the global smartphone market to Huawei in the second and third quarter of 2018, Apple narrowly beat the Chinese upstart to retain the number one spot for the full year. According to IDC, Huawei shipped 206 million smartphones in 2018, up 34 per cent from 2017 and less than three million units short of Apple’s total shipments for the year. Both Samsung and Apple saw their shipments and market share slip in 2018, as Chinese brands continue to make waves in the low to a mid-price segment of the market.

Companies such as Huawei, Xiaomi, and OPPO have challenged the dominance of Samsung and Apple for years now, but 2018 marked the first time that one of them has actually broken into one of the two top spots, at least temporarily. While Apple may soon lose its place to Huawei in terms of sheer volume, the iPhone maker is still miles ahead of the competition in terms of revenue. In the past quarter alone, Apple made $52 billion selling iPhones, which is more than what Huawei’s entire consumer business made in all of 2017. 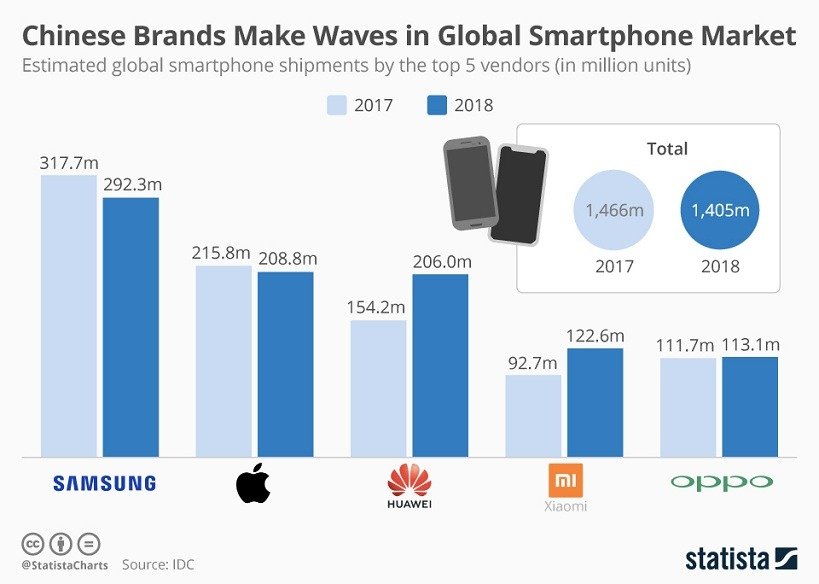